Kenya, officially the Republic of Kenya, is a country in Africa and a founding member of the East African Community (EAC). Its capital and largest city is Nairobi. Kenya’s territory lies on the equator and overlies the East African Rift covering a diverse and expansive terrain that extends roughly from Lake Victoria to Lake Turkana (formerly called Lake Rudolf) and further south-east to the Indian Ocean. It is bordered by Tanzania to the south, Uganda to the west, South Sudan to the north-west, Ethiopia to the north and Somalia to the north-east. Kenya covers 581,309 km2 (224,445 sq mi), and had a population of approximately 45 million people in July 2014.
Kenya, the country of discoveries and where are a lot interesting places to visit that even presidents, celebrities and royalty are attracted to the country. Kenya’s beautiful National Parks, Archaeological excavation sites, breathtaking beauty, white beaches, green palm trees, cocktails and delicious international cuisine make it an ultimate dream destination.

Kenya offers vacationers the most beautiful natural attractions in the world, combined with excellent hotels and lodges. You get as a visitor real value for money. As for sights, sounds and smells of the timeless Africa Kenya extraordinary. Kenya is a suitable destination for many different people and tastes.

You need not be an ornithologist to be impressed by the more than one thousand different species of birds that can be found in Kenya; also you do not have to be paleonthologist to appreciate Kenya’s rich history; you don’t need to be a professional diver to be impressed by all the different fishes and sea creatures that swim in the sea; also no need to be an entomologist to appreciate the beauty of all those colorful and rare butterflies that can be found in Kenya. You will see these beautiful butterflies everywhere in gardens, forests and even in the dry areas of northern Kenya.
The number of wild animals that can be found nowhere else in the world will be find in Kenya. In Kenya you will find a large concentration of big cats, big mammals and other wildlife in their natural habitat.

Kenya is divided into 47 semi-autonomous counties that are headed by governors who were elected in the first general election under the new constitution in March 2013. These 47 counties now form the first-order divisions of the country. Under the old constitution, Kenya comprised eight provinces each headed by a Provincial Commissioner (centrally appointed by the president). The provinces (mkoa singular, mikoa plural in Swahili) were subdivided into districts (wilaya).
Constituencies are an electoral subdivision, with each county comprising a whole number of constituencies. An Interim Boundaries commission was formed in year 2010 to review the constituencies and in its report, it recommended creation of an additional 80 constituencies. Previous to the 2013 elections, there were 210 constituencies in Kenya
Kenya is divided into eight provinces (mkoa).

Kenya is a multilingual country. The official languages are English, introduced during British colonial rule between 1890 and 1964, and Swahili, which throughout East Africa serves as a lingua franca among the various nations for several centuries before the colonial rule. According to Ethnologue are spoken in Kenya, a total of 61 languages. Almost all the languages that have their origins on the African continent. These languages can be divided into three language families; Bantu languages, which are mainly spoken in the center and southeast of the country, Nilotic languages in the west and Cushitic languages in the Northeast.

Nairobi is the business center capital.
The main sources of income are exports of coffee and tea, tourism in addition to national parks and wildlife sanctuaries. However, economic growth is faltering for years. In the early nineties, the economy shrank even then the government in 1993 decided to liberalization. Import duties and price controls were abolished. The reforms were backed by the World Bank, IMF and other donors, and led to a growth of 4.5 percent for 1995 and 1996. After a sharp downturn in growth. Internal conflicts the tourism industry damage inflicted.

Primary sector agriculture
The majority of the population works in agriculture, yet this sector amounts to only 26% of the gross national product. Kenya provides itself completely from food except wheat, yet it can still carry a lot abroad.

Tea, coffee, sisal, pyrethrum, corn, and wheat are grown in the fertile highlands, one of the most successful agricultural production regions in Africa. Livestock predominates in the semi-arid savanna to the north and east. Coconuts, pineapples, cashew nuts, cotton, sugarcane, sisal, and corn are grown in the lower-lying areas.
One drawback to this sector is the recurring long periods of drought, leaving only 13% of the land can be used effectively throughout the year.

Kenya’s flower industry is rapidly growing. It recorded the highest growth in both volume and value of all horticultural products, including fruits and vegetables, and contributed over GBP 350 million to the economy in 2011 alone. It is also one of the oldest and largest sectors, maintaining an average growth of 20% per annum after its rapid expansion in the early 1990s.

Since the independence of Kenya in 1963, the education system reformed several times. The current system dates from 1985 and was introduced by President Daniel arap Moi. This 8-4-4 system means that children 8 years receive basic education, after which they receive the Kenya Certificate of Primary Education (KCPE). Then they follow yields four years of high school, the Kenya Certificate of Secondary Education (KCSE). Then there may be a four-year university course to be followed. Some private schools, however, still hold on to the system used in the UK.

Of all children in Kenya about 85% following primary education. Of all children who successfully complete primary school, 75% goes through secondary education. Of all students who achieve their KCSE, studying 60% (around 38% of the total number of children) on, for example, trade schools, or public or private universities in the country. some 950,000 Kenyans have studied abroad, mainly in countries like India, the United Kingdom, Canada, the United States, Russia and Uganda.

There are 48 universities in Kenya. 22 of which are public and 26 are private. The oldest university in the country is the University of Nairobi since 1970.

Kenya’s climate varies from tropical along the coast to temperate inland to arid in the north and northeast parts of the country. The area receives a great deal of sunshine every month, and summer clothes are worn throughout the year. It is usually cool at night and early in the morning inland at higher elevations.nairobi

The “long rains” season occurs from March/April to May/June. The “short rains” season occurs from October to November/December. The rainfall is sometimes heavy and often falls in the afternoons and evenings. The temperature remains high throughout these months of tropical rain. The hottest period is February and March, leading into the season of the long rains, and the coldest is in July, until mid August.
Often change the unpaved road after a rainstorm in mud puddles. The roads are so bad that many pits are formed, it is bad for the traffic which hampered the pits.

Kenya Kericho town is known as the place on earth where it hails most frequently: on average 132 days per year. 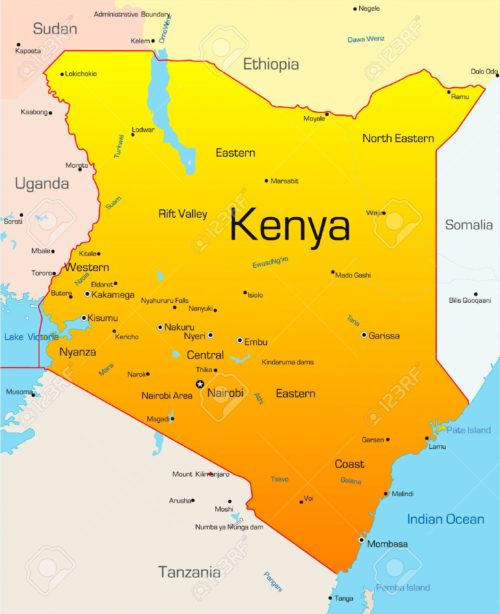 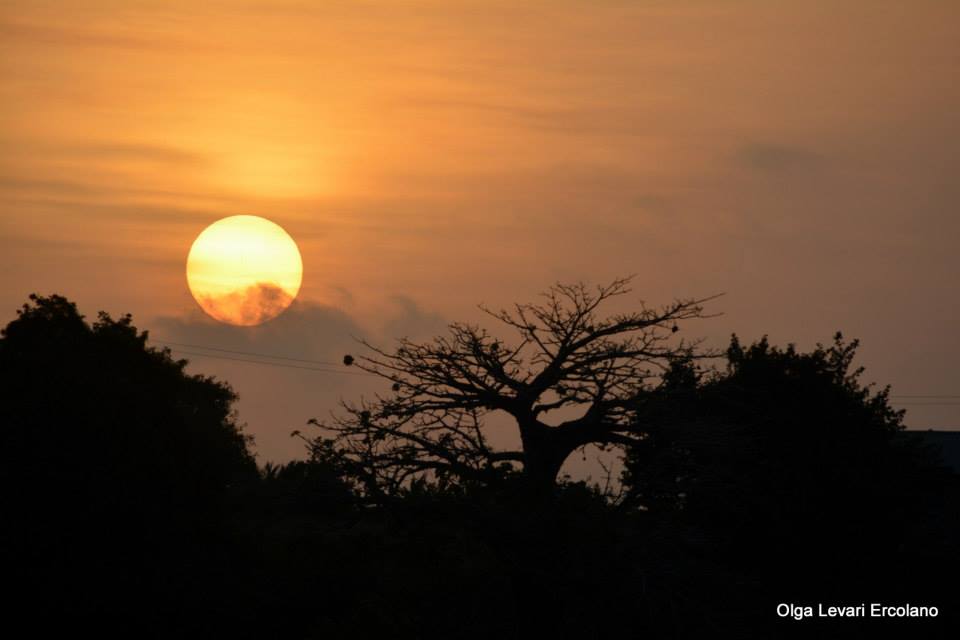 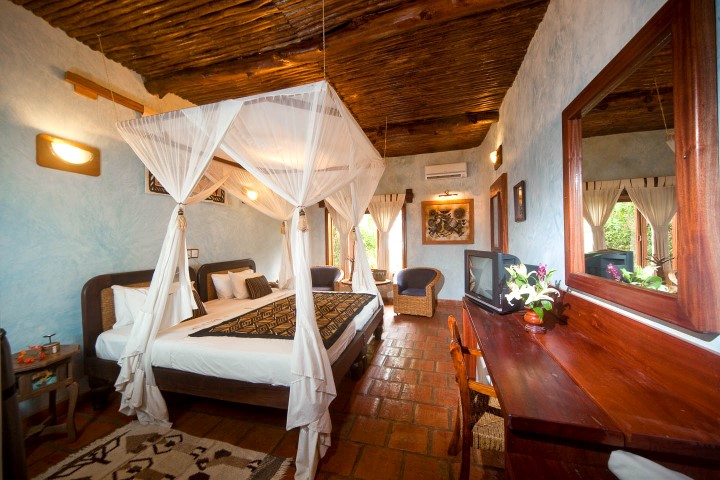 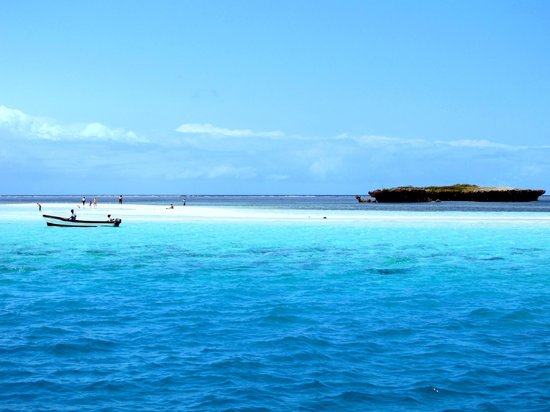 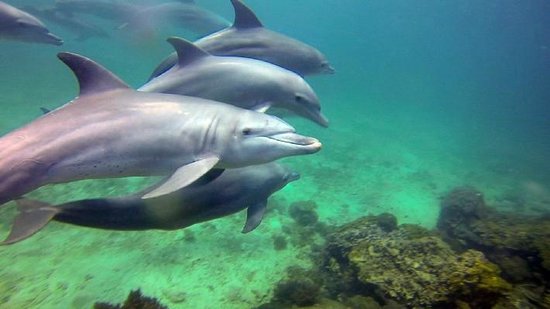