After an adventurous safari, enjoy a wonderful beach holiday on the paradise island of Zanzibar. This island is located south of Tanzania and can be reached with a domestic flight from Dar es Salaam or Kilimanjaro airport or by ferry from Dar es Salaam. Flights cost around 44 euros if you book in advance. It is also possible to book this flight in your international flight ticket. With the ferry you pay around 30 euros for a single trip to Zanzibar. Even though Zanzibar is part of Tanzania on arrival there is passport control and if you come from an area where there is yellow fever also check whether you have had the vaccination.

Weather: Zanzibar has two monsoon periods, in which there is considerably more precipitation than during the other months. The first monsoon period is from March to early June and the second monsoon starts in October and lasts until early May.

The wettest months are April, May and November. Even during the wettest months, the sun is still quite visible.
The best periods for a sun holiday in Zanzibar are February, July, August and September.
During the monsoon periods, the relative humidity sometimes rises considerably, which can make it feel stuffy. This is especially noticeable in April and May.
The seawater around Zanzibar always has a pleasant temperature. The water does not get cooler than 25 degrees and in March/April the sea water temperature rises to no less than 29/30 degrees Celsius.
Keep in mind that the sun is always strong in Zanzibar. This is true even when the sky is cloudy. Even then, skin burns are possible if it is not protected.

Language: In Tanzania (Ki) Swahili is the official language and therefore also of Zanzibar. This language is spoken by about 50 million people in eastern Africa in the countries of Tanzania, Kenya, Uganda, Congo and Rwanda. Swahili is a mixture of several other older African languages, but has also been influenced by Arabic, Portuguese and Hindi.

The people in Tanzania are impressed if you speak some words in Swahili so learn some words here!

Visa Zanzibar: A visa is required for Tanzania. It is possible to apply for this online via the following link: www.immigration.go.tz. No administration costs are charged here and you must provide the correct information yourself.

In addition, it is also possible to purchase the visa locally at the airport. The costs can be paid by credit card or cash. (USD 50 or EUR 50; note that paying in EUR is unfavorable due to unfavorable local exchange rates, so choose dollars. And don’t take dollars from before 2013 they dont accept them.

To apply for a visa, a passport is required that is still valid for 6 months after return and two blank visa pages in the passport.

Most Zanzibaris consider themselves Zanzibari rather than Tanzanian, and their territory has its own leader and governing bodies.
Mainland Tanzania is a mix of Christian, Muslim, and indigenous groups, but Zanzibar, ruled by the Sultanate of Oman for centuries, is almost entirely Muslim. Keep this in mind when you leave the hotel to do an excursion eg. Not too exposed is appreciated.

At Zanzibar there are interesting excursions such as a dhow trip with Safari Bleu, a sailing trip with the opportunity to snorkel along the way. There are several excursions to the villages and get acquainted with herbs and a visit to eg Mnarani Aquarium. More about the excursions can be found on this page. Click here.

Withdraw money: The official currency of Zanzibar is the Tanzanian shilling. The shilling is divided into notes of 500, 1,000, 2,000, 5,000 and 10,000 and there are coins with a value of 50, 100 and 200 shillings. ATMs are only available in Stonetown. It is advisable to bring enough dollars and Tanzanian shillings for small purchases along the way such as drinks. It is recommended to withdraw money before you leave for Zanzibar at Kilimanjaro airport, Dar es Salaam or en route in the big cities. Feel free to ask the driver/employee where you can withdraw money.

Food and drink: At Zanzibar you will see many Arab influences: a lot of cooking is done with herbs and people often eat rice here, like pilau. The local cuisine has a number of dishes such as Ugali (a firm porridge of corn or cassava) is often eaten with meat, fish and vegetables. Samosas are small patties filled with vegetables and sometimes minced meat or chicken. Mandazi fried dough delicious with tea. Or Pilau, rice with herbs often eaten with Nyama Choma, roasted meat often beef or goat.

Safety: Zanzibar is a safe destination. Nevertheless, we advise you not to go out alone in the evening and to avoid crowds. Store your valuables in a safe and do not wear valuable jewelry in public. 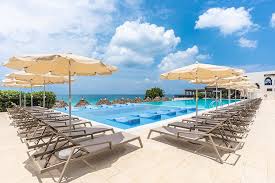 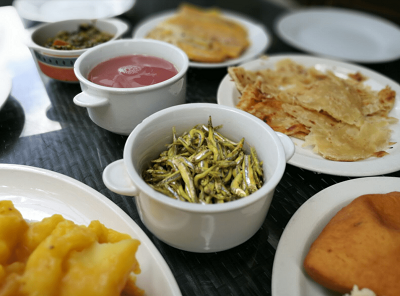 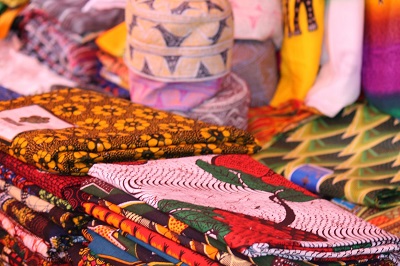 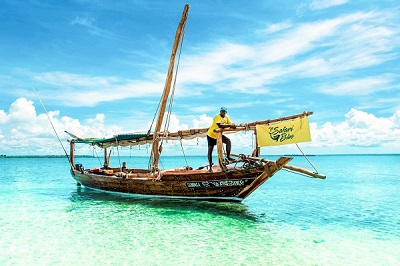