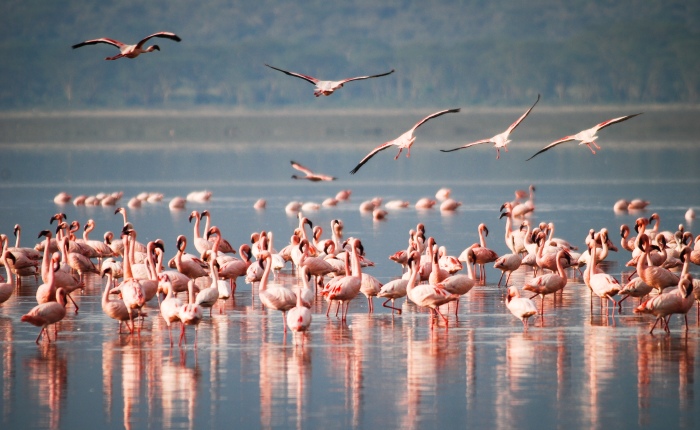 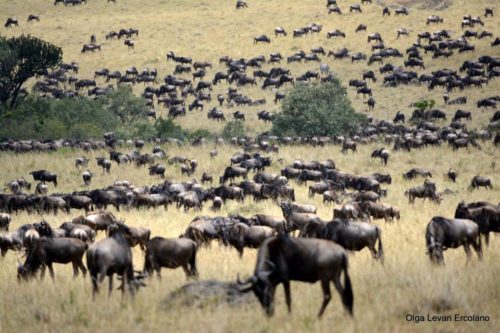 Day 1: Nairobi > Masai Mara National Reserve
Pick up from your Nairobi hotel at around 8:00 am drive southwards along the floor of the Great Rift Valley with stop over at the view point arriving in time for lunch. Later proceed for evening game drive which is well known for its rich, tree studded grassland and rolling hills. The famous Mara is also renowned for its great herds of plain game, black-maned lions, leopard and cheetah but also contains numerous elephant and virtually every type of wildlife to be found in Kenya. Dinner and accommodation at the lodge / campsite ( depended from what you did book)

Day 2: Masai Mara National Reserve (Option Hot Air Balloon Safari ) After breakfast spend the full day exploring Masai Mara in search of the Big Five. You will have picnic lunches in the park as you scale the Mara beauty from the banks of Mara river. It is in the Mara that perhaps the most spectacular event of the natural world takes place: the great migration. This is the annual migration of millions of wildebeest and zebra from the Serengeti (in Tanzania) in search of water and pasture. Following on their heels are the predators of the savanna – lions, cheetahs, jackals, hyenas and vultures. Dinner and overnight at the lodge or campsite.

Day 3: Masai Mara > Lake Nakuru National Park.Pre-early game drive then after late breakfast depart to Nakuru national park with picnic lunch on the way arriving in the evening, if time allows you pass via Naivasha for a boat ride at Lake naivasha crescent island. There are panoramic views of the lake and the picturesque Lake Nakuru National Park. In the afternoon drive at the Sanctuary where you may have a chance of seeing both the white and the black Rhino, flamingos which are migratory birds, buffaloes, lions, waterbucks and the leopard. Dinner and overnight at the lodge or campsite/ budgethotel.

Day 4: Lake Nakuru > Nairobi. After early breakfast spend the morning in Nakuru park where you see a lot of flamingos among other birds [about 350 species recorded]. This is also home to the black and the white rhinoceros. The park has also been established for the protection of endangered species such as the Rhino and also home to Columbus monkeys. Leopards, giraffes, and a variety of plain antelope. After the gamedrive depart to Nairobi with picnic lunch on the way drop off to your Nairobi hotel.